People are craving drop by drop in Mahoba: water loot occurs as soon as the tanker arrives, the drinking water problem becomes formidable 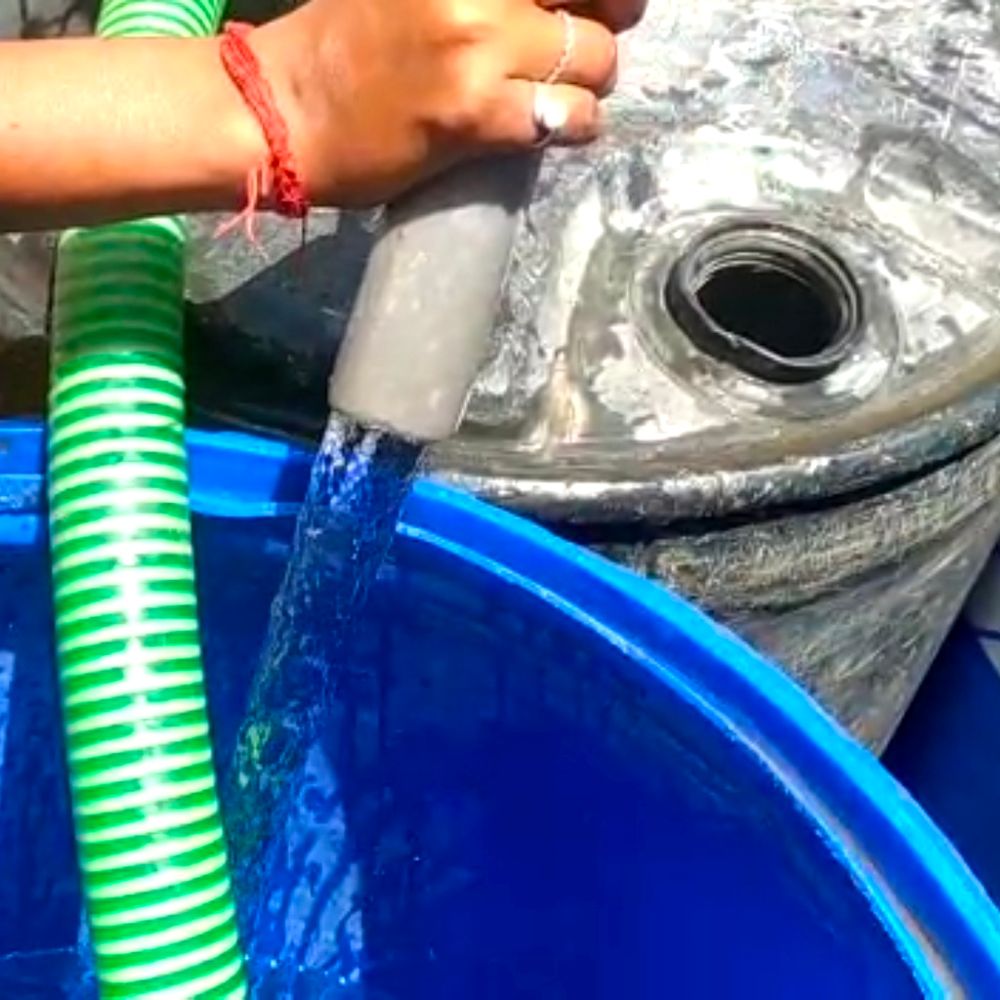 Mahoba district of Bundelkhand in UP is facing severe drinking water crisis. Villagers are craving water drop by drop. As soon as the water tanker arrives in this area, the villagers break on it and the villagers already standing with empty drums and sticks capture them in the water tanker. There is a race to rob water from the tanker.

As soon as the water tanker arrives in the district, villagers carrying already empty drums and rubber pipes, climbing on top of the tanker, put rubber pipes and beat them to fill water in the drums. People of this area say that the Pejal problem is not new. This cannot be resolved. There is a ruckus in Kabrai town over water. To quench the thirst of a population of 40 thousand, the Nagar Panchayat is supplying it with three tankers, which are like cumin seeds in the mouth of a camel. People rush for water as soon as the tankers reach the localities. Due to which one can get only one box of water and some can get two boxes of water.

With the onset of summer, there is acute shortage of drinking water in the entire Mahoba district itself. Due to which the worst problem is in Kabrai town and the surrounding rural areas. The situation in Kabrai town is from bad to worse. In this Kabrai town with a population of 40 thousand, people are craving water drop by drop. The administration is supplying water from tankers in this city, but people worried about water, as soon as the water tanker arrives, they capture it and create a competition to loot the water.

To quench the thirst of Kabrai residents, two years ago, the foundation stone was laid for the construction of a water tank in Kalshah Baba Dham, but so far only the foundation has been built. In Gandhi Nagar, Shastri Nagar, Jawahar Nagar, Subhash Nagar, Azad Nagar of the town, water is supplied through a pipeline by the Jal Sansthan, but water comes only for two to three days in a month, due to which the townspeople are relying on tankers. Kabrai Nagar Panchayat is supplying drinking water through 3 tankers in the town. In the localities, people start waiting with drums, plastic pipes, water cans for hours before the tanker and as soon as the tanker arrives, there is a fight to fill the water first. The businessmen and other people of the town have repeatedly raised the problem with the public representatives and officials in this regard.

Requested to solve but the result is still cipher

The drinking water crisis in Bundelkhand has been going on since time immemorial, in view of this, the state government has started “Har Ghar Nal” scheme under Namami Gange scheme so that people can get drinking water through tap in every house. Even after this plan of thousands of crores, people of this area are craving water drop by drop. When we talked to the State Minister of State for Jal Shakti, Ramkesh Nishad about this severe water crisis, it was his opinion that discussions are being held with the officials to solve this problem of water, for its disposal, the officers were given directions in the review. has gone. Areas that have water problems. How to get water there, how to overcome the Pejal crisis, will also make an action plan and ensure drinking water after completing the work within 100 days.

In Bundelkhand blood has always been flowing for drinking water. Many proverbs are also famous about water in this area, such as this story of Bundelkhand, neither water to stomach, nor water to the field, and Bhaura tera water does wonders, even if the gas does not burst, even if the Khasam dies. Once upon a time there used to be “fire” in the water of Bundelkhand, on which someone had written that, listen to the story of the Bundelas, in Bundeli speech,, the water here, the fire in the water here,,, but alas, today Bundele drop by drop Craving water.

Eat these 6 superfoods for healthy and strong lungs

Neeraj Rai of Ballia becomes manager of UP volleyball team: Khelo India Youth Games will be organized in Haryana from June 3, PM Modi will inaugurate

Attention WhatsApp users! Now you will get notification on changing the security code, know what is the change

Masala businessman’s wife’s death case: Suryansh spends every night outside, his mother abuses me all the time, stops me from going out of the house…!

The whole style fades because of the black neck? Try these home remedies today